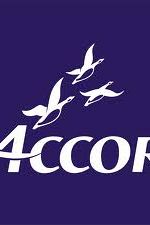 French-based hotel operator Accor has placed Australia front and centre of its growth plans, revealing its intentions to roll out a further four Pullman hotels, following a year of rapid expansion.

Since purchasing the Mirvac Hotel Group last year for €195 million (AU $280 million), the upscale hotelier has been aggressively growing its portfolio, in particular its upmarket Pullman brand.

In just 12 months, the Pullman brand has expanded from two hotels to 11.

A further four Pullman hotels are currently under negotiation.

“Establishing and expanding Pullman in Australia is one of the group’s priorities given we have recognised a sweet spot in the upscale market in Australia,” said Accor chief operating officer for Australia and New Zealand, Simon McGrath.

He said Pullman was currently at a turning point in its history and its expansion in Australia reflects that.

"Australia is seeing rapid increases in travel from a number of Asian destinations where Pullman is already well-established, and with the Australian Pullman network located in key business and resort areas of Australia, we believe that the brand is well poised to further grow considerable support from both international and domestic travellers,” said Mr McGrath.

The company attributed the success of the Pullman expansion to Accor’s multi-million dollar investment in growing the network of hotels and resorts, key refurbishment programs in Sydney, Melbourne and Brisbane worth over $20 million and new brand repositioning.